You are here: Home / Black Days. Homeless in Medford, OR

Black Days – Homeless in Medford, OR

Black Days. Homeless in Medford, OR

Last week I photographed the first of a series of images in Medford, OR. What makes Medford any different than any town or city in the United States? Well…nothing. That was the point. I could shoot photos in Mount Vernon, Bellingham, Seattle and Yakima, WA and unfortunately have many images. A small town in Southern Oregon shares the same crisis that are worsening across the Pacific Northwest and the United States. The rich get richer, the poor get poorer and the fallout is represented in these images.

The timing of the photos was also a tribute to my brother. September 12th would have been my brother, Chad’s 47th birthday. Chad was on the streets and there was no happy ending with his story.

The First Presbyterian Church of Medford is active with the growing homeless population in the city, providing assistance, advocacy and creative solutions. Sack lunches are distributed in the morning to over 100 people. The weekly Food Bank serves the homeless and many working poor families alike. The most recent project The Bridge: creating Long Term housing and getting people off the streets.

Once completed, the photographs will become a book, gallery show and prints available for purchase. The proceeds will be going to The Bridge. Special thanks to Angelee and Murray Richmond for the encouragement to start this project and the compassionate, committed work you do. To make a Donation to The Bridge:
https://www.gofundme.com/the-bridge-long-term-sober-living 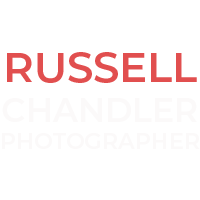